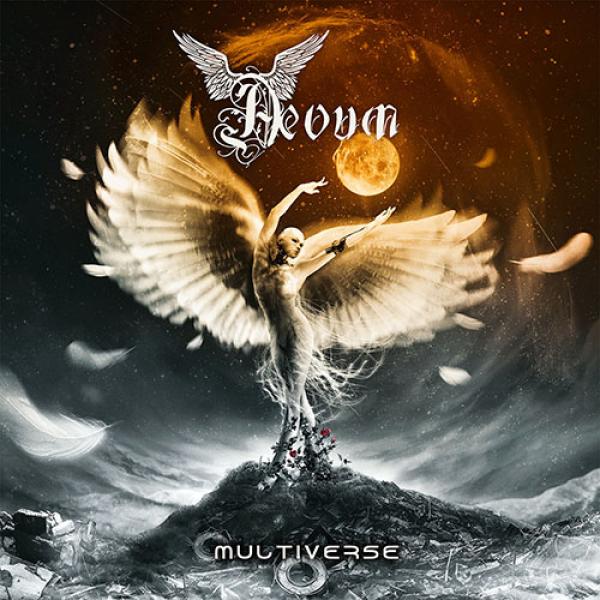 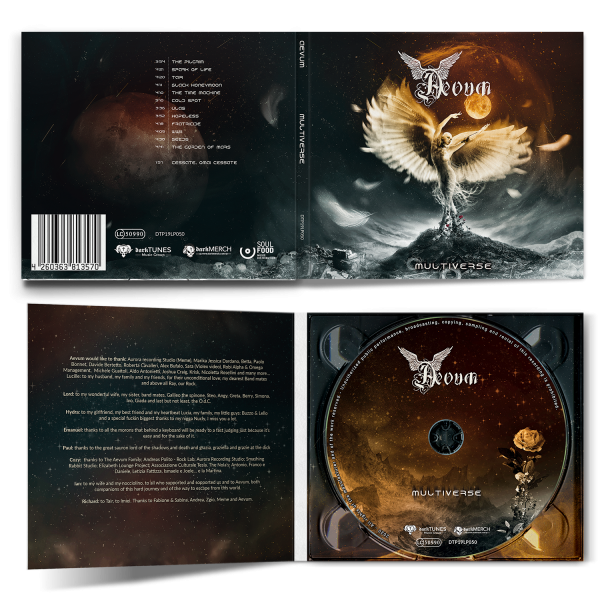 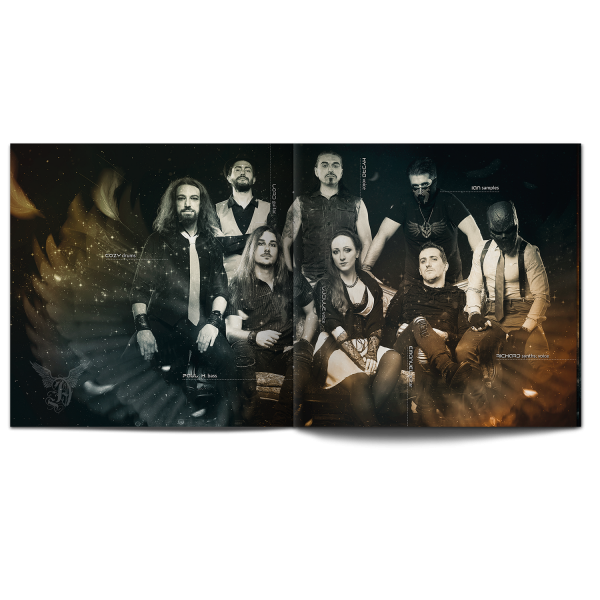 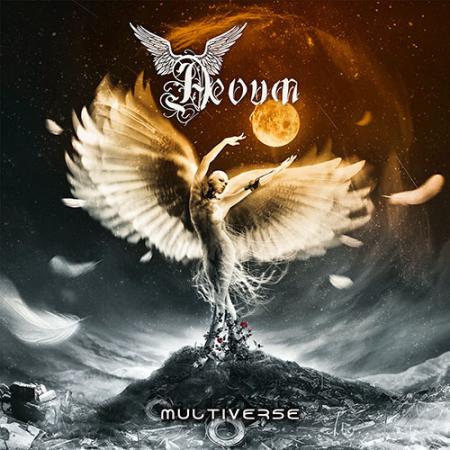 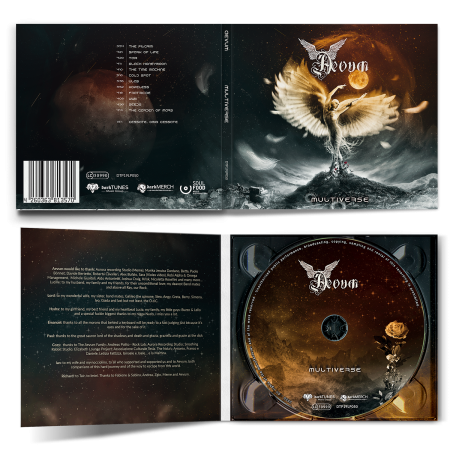 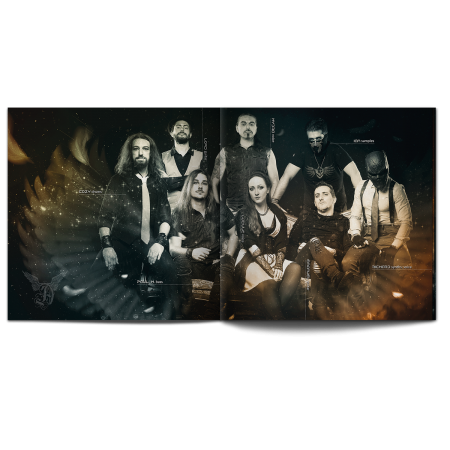 Welcome to the Multiverse, where epic Tunes and electronic elements encounter hard Riffs, and where the charming voices of Lucille Nightshade and Hydra are carrying the ears and hearts of their fans from the third to another dimension.

The members of AEVUM fromItaly and France have, since their foundation in 2012, developed a musical style that always was bound to their strong influences of Symphonic Metal, yet breaking the bonds of the genre, by thinking outside of the box.

The glorious new album of AEVUM is named “Multiverse” and follows the footsteps of Bands like NIGHTWISH, WITHIN TEMPTATION, EPICA and more. Love and affinity towards symphonic Sounds, lifeblood, imaginativeness and much more has to be mentioned to handle such a task. And yet, the 8 musicians from France and Italy undeterredly follow that path, while they are firing a salvo of 13 powerful tracks consisting of guitar-riffs meeting skincrawling orchestral and electronic elements.

AEVUM are integrating themselves seamlessly into the force of nature of symphonic metal. So, who doesn’t miss to listen to “Multiverse”, will surely find a lot of enrichments for his personal favourite-list.

12 The Garden of Mars