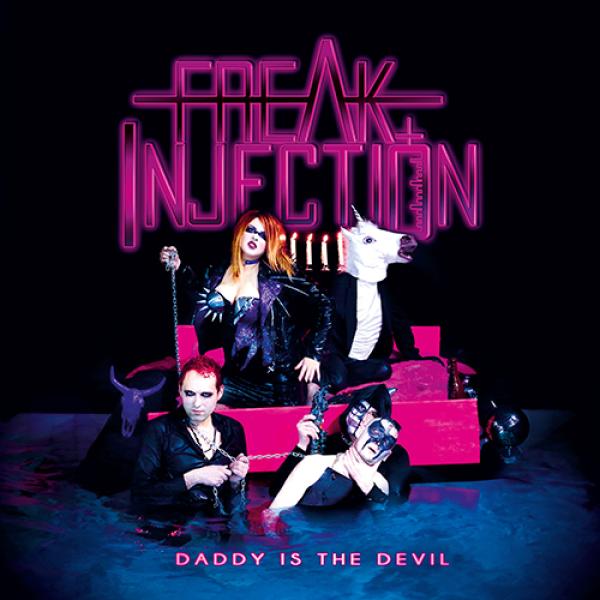 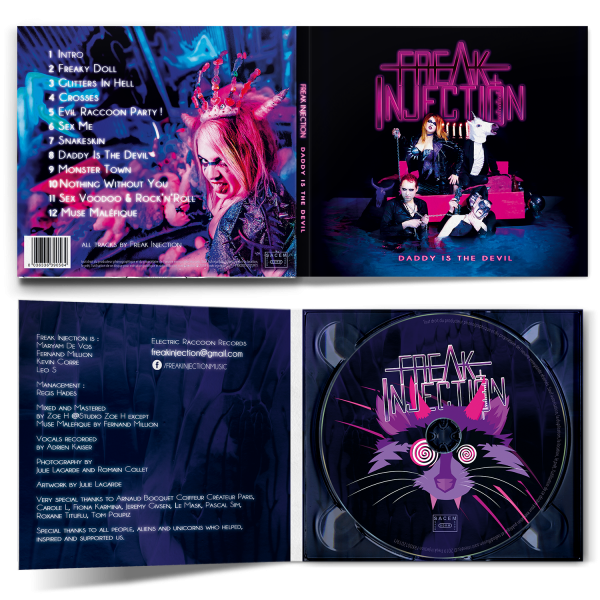 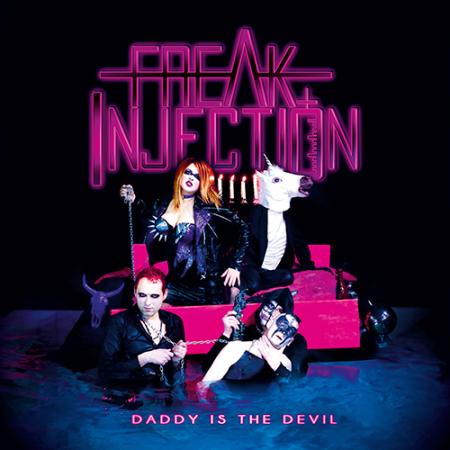 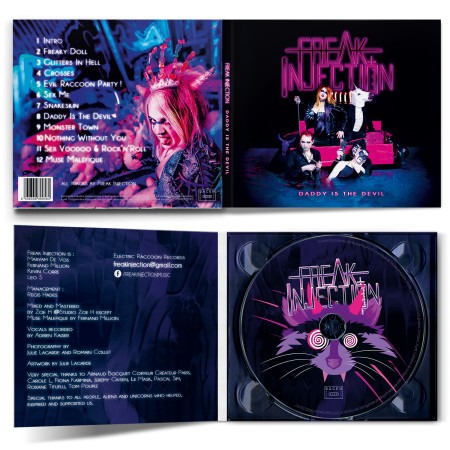 Their first single and video “Psycho” has been mentioned by TRACKS, the cult program on French-German TV ARTE, “Halloween is not over with FREAK INJECTION! Let’s kiss while listening to the Freaks” and by MyRock, the leading French Rock magazine, “a flood of Rock show”. Their first EP “Freak is fashion” is a hybrid combo of alien pop and electro rock, with deep howl and freaky sounds.

Since then the band with “hot elegance” (Rock & Folk) has played its energetic and glittery show in well-known Parisian venues like the Bus Palladium, Batofar, Supersonic, L’international, Gibus Live etc. During this first “Evil Raccoon Tour”, guitar riffs were inspired by unicorns and raccoons were dancing in trance. That’s the essence of FREAK INJECTION, a universe consisting of freaks of all kinds, ambiguous performers like DAVID BOWIE, Aliens and their sex friends, pink blood, kawai unicorns… on a music inspired by THE PRODIGY, NINE INCH NAILS, NINA HAGEN, MADONNA, DIE ANTWOORD and MARILYN MANSON.

And if the band reckons that it gets supernatural alien support and has the ambition for a galactic concert, their fame has already crossed the French borders, as their sound got played on UK and Italian radio, and their EP got a column in Dutch and German press (notably a full page on Legacy). The Freaks have also got the attention of Richard Patrick, guitar player of the well-known band Filter: «Holy Shit, look at this video! You guys are awesome ».

Hell is gonna turn into a pink paradise, be ready for their debut album "Daddy Is The Devil" on April 24th. 2020 !

08 Daddy Is The Devil